Some photos from the recent Apollo experience for your delectation, featuring around 85% of JEBO as Andy was still driving to the venue (click on them for bigger versions). It’s all glamour this rock business. The light inside the venue was terrible, meaning that there are very few decent action shots, but these are entertaining enough. Incidentally, the Jebsite receives about 6,500 views each month, but in March that figure went up to 13,000. If only we could sell an album to each of those visitors we might be able to afford to make another one somewhere down the line. 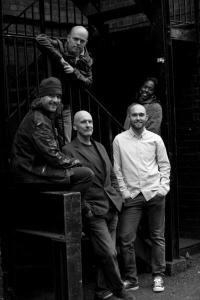 I ploughed through my emails and admin yesterday, clearing the decks for the first time in ages and leaving the vista free for arranging. This is a roundabout way of saying that yet another day went past without tackling the task at hand, but at least the coast is now clear, as are the next couple of days. There was even the mention of yet more arranging for next year, all good news.  As soon as this blog is up I shall be knuckling down to an afternoon of arranging.

Cat 1 and his tail went off the see the v-e-t yesterday, as a result of which he has a rather fetching blue collar, almost in an Elizabethan style, and is finding the whole walking and jumping business a little tricky, though the rest of the house is being hugely entertained.  The poor thing looks down in the mouth, but, then again, he is feeling a little ruff, boom boom!

As I was about to drift off to sleep last night I did a final sweep of my bank accounts for the day, and was surprised to see that a payment from the PRS had dropped quietly into my account.  Granted, it’s not a sum of money which will see me retire to some quiet country cottage but if you found it lying in the street you would pick it up and count yourself fortunate. 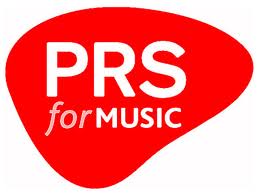 The Performing Rights Society may not always get the best press, but I am a fan.

I have written before about copyright, and I keep recording, performance and broadcasting rights under my own control, even though my sheet music is almost always free to copy and distribute.  Payments such as these are an assurance that I am earning a little beer (or, in my case, wine and cocktails) money from my writing, and that those broadcasts and CD recordings are placing an extra little something in my account.  It would be interesting to know exactly where this money has come from, and it is a reminder to update my registrations with the PRS.  It also gives me a handy opportunity to thank again anybody who has had anything to do with the promotion of my music.

Tomorrow will be another day of writing, Sunday one of playing (the organ), so this blog will probably be quiet over the weekend.  Don’t forget, though, that I’ll be talking about writing for the Parliament Choir on Radio 3’s The Choir on Sunday evening.  As luck would have it, I’ll also be getting a repeat fee from the Beeb for the music they will be using in the background.  I am sure I will spend it wisely…