As Christmas Day approaches so the number of carol services has declined dramatically, although there will still be time for a late surge over the weekend. Rather than throwing myself into my writing I have instead been tying up various festive odds and ends, sending packages, wrapping goodies and trying to organise the post-25th period so that various familial duties are performed without encroaching too much on what I hope will be hugely constructive writing and playing time. It has been a busy patch and I am looking forward to a break.

As far as my music goes, things have calmed down a little, although there is still the Christmas Eve broadcast to come on Classic FM and then three performances on Christmas Day itself, at the last count. Included in this burst are We Three Kings (which seems to have gone down very well in its performances to date), awhile awandering and, of course, Sweet Was The Song. A Sad Carol For These Distracted Tymes will receive an airing on the 30th at Mary Abbots, and, early in 2013, there will be a third performance of We Three Kings, appropriately enough for Epiphany. If you happen to be dropping by this blog purely on a casual basis, please don’t forget to download a copy of the score here.

Further into January (although not much) will come the first performance of Why Should We Not Sing?, which I am hoping to get finished today, given that the cats have had me up early and I am unable to retreat into the land of slumber. When this is done there will be some organising to carry out, but I will then be able to get on with new projects, amongst which is a new work for soprano and instrumental ensemble, pencilled in for a first performance in March. I might leave the rescoring of awhile awandering until a little later in the year, especially as orchestrations have a habit of changing until the very last moment.

The end of the year is usually a time for reflection for me, and also for a little housekeeping, and I have within the past twenty four hours taken the decision to step down from one of my posts. I suspect and hope that 2013 will be more busy in terms of writing, and what was once a nagging suspicion has become abundantly clear over the past twelve months – composition, and all the paraphernalia around it, takes a vast amount of time. Ally this to my fervent wish to maintain some kind of decent balance between my work time and my play time and it is clear that something has had to give. With some luck I shall be rewarded with further projects next year, but that still does not mean that this recent decision has been easy.

This blog is going to become quieter towards the end of the year, however, partially because that is simply the way of musical things after Christmas, but also because there will be less for me to talk about in general. I could venture away from music and list my disappointments of the year (Formula One, especially Ferrari’s distasteful lack of sportsmanship; 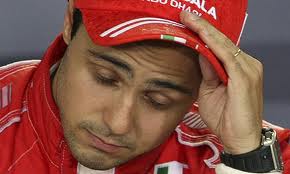 Jerry Gaskill’s heart attack and subsequent mauling by hurricane; the abject clunker that was Prometheus), or my happinesses (playing an epic game of Hive outside a bar in Tuscany; cooking a Coq au Riesling which did not inflict food poisoning and was instead rather good; finding balance in my life), recommend board games for those bored by Bond films and looking for something to do after the Queen’s speech (Forbidden Island, Bananagrams, Arkadia), 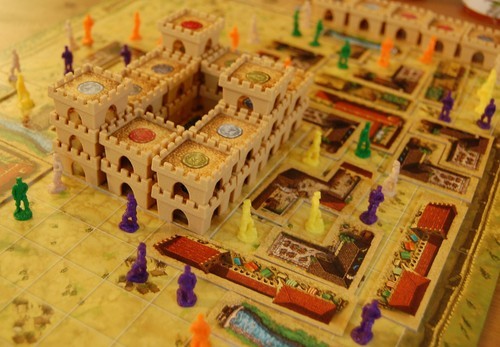 Build it, they will come.

list my favourite films of the year (The Artist, The Iron Lady, Melancholia), or the worst (hello again, Prometheus), but I am sure that would all be boring, even though it would yield several thousand waffly words.

Maybe I should just finish with this thought, that when all the shopping is done and the presents under the tree and your poison of choice opened, you should switch on Radio 4 on Christmas morning, for there, having nabbed the coveted morning slot, will be a special episode of the incomparable Ed Reardon’s Week. Put aside all that forced festivity for half and hour and embrace your inner curmudgeon, for it is a rare comedy indeed which runs for eight series without losing steam.  This one, though, keeps picking up momentum and it is better to come along for the ride late than never.  Also, if you do end up playing cards with the family, you will be able to heed Ed’s sage advice that “you know where you are with a pair of twos”. 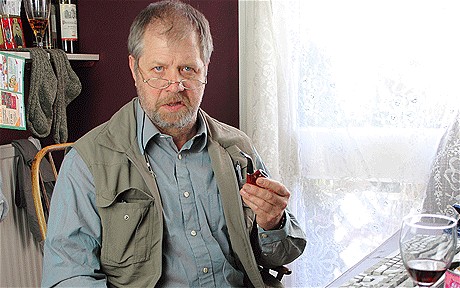 3 thoughts on “Twas (almost) the night before”