My cat’s agent has been in touch to point out that yesterday’s cat/computer image combo was misrepresentative of my personal feline, so, at the risk of breaking the internet under the weight of yet another picture of a cat, here he is taking a break from trying to get into my bank account, and instead guarding some of my CDs.

Exhausted after a night on Scratchpad.

Between trying to save what little money I have left from the predatory paws of my persistent pet I completed, at least in version one, an arrangement of The Angel Gabriel yesterday, which gives me until the close of play today to proof it and get It Came Upon The Midnight Clear to the same stage.  Admittedly we will have over a month before we need to perform these pieces, but I still have an inner compulsion to try to make sure that they are as correct as possible, tight deadline or not.

Yesterday evening was spent doing yet more sterling work with the Malcolm Sargent Festival Choir on Verdi’s Requiem in preparation for the Parliament Choir performance next month.  The number of singers in the choir for the concert is nudging the 300 mark, which is going to make it quite the experience, but the quality of the rehearsals so far – and I speak from the perspective of having worked with about 200 of those singers – has been seriously good.  As in so much great music, it’s all about the detail, and I am often reminded of Elgar’s point that all it took to perform his music correctly was to make sure that every single marking was followed.  It is a significant commitment, but, when you have a great composer to hand, it can make such a difference. 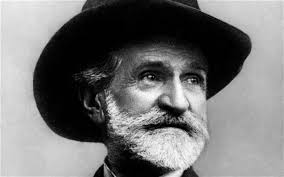 In terms of houses and homes it really does look as though we are on the final stretch.  I spoke this morning to the people handling my remortgage and, apart from a brief, terrifying moment before we discovered that their operative had input two numbers the wrong way round on the computer form (what’s being £36,000 out of pocket between friends?!), it bodes to be a smooth run from here.  For all my calmness about the whole process, all my “I’ll be excited when it happens and not before”, I think I would have to describe myself as seriously disappointed were things to fall apart this late in the day.

The deviant at rest (with friend).

I have written a couple of times recently about how refreshing it is to get back to writing after a significant time-eating process, such as buying a house.  It is good to get back to gaming, too, and our challenge of choice of late has been Qwirkle, a winner of the prestigious Spiel des Jahres award a few years back, but, if you are lucky like me, sometimes found in charity shops for £2.99.  Occasionally described as caveman Scrabble, it deals with colours and shapes rather than letters and words, and is quick and easy to play, but with delicious depth.  Unfortunately, it is no use whatsoever if you are colour-blind, and, even if to you are not, the red/orange or green/blue differential can be hard to spot in certain lights, but it is a quick and elegant play, all the better for not favouring those who have sneakily added words such as xi* to their vocabulary.  It gets a hearty recommendation from yours truly and yours truly’s other half, who is, of course, the better player by far and also, as it happens, fully equipped with words such as xi.