It was a slow day for writing yesterday, as I was out in Kingston-upon-Thames in the morning and off into the wilds of Mitcham in the afternoon. The weather was rather nasty before noon, and a particularly vicious five minute spell saw me absolutely sodden, my umbrella broken into so many pieces like some bizarre metal skeleton. I cannot remember ever having seen rain like it, and it happened as I was gallantly braving the elements in order to fetch the car so that my other half would not get wet. It would have been safer for all concerned had I merely placed my cloak over a puddle rather than risked hypothermia, but such were the conditions yesterday.

Between excursions I dried myself off at home and tucked up snugly, passing the time by watching a film while waiting to see whether my health was going to take a turn southwards. Despite being something of a film fan, there are some significant gaps in my viewing, and I have filled a couple of them recently, namely The Godfather and Apocalypse Now, coming under the spell of Brando in the process. Having only really caught him previously at the tail end of his career I could not really understand what all the fuss was about, but, having now seen some of his greatest performances, I have been drawn into reading some more about this contradictory character, one who came to view his talent and profession as a hindrance and a burden rather than a calling and a pleasure. 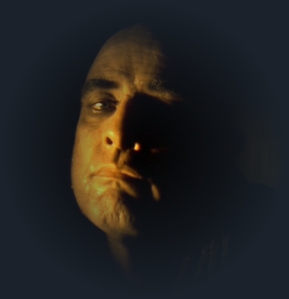 Brando as Kurtz - worth the money

Having said that, Brando certainly managed to make the industry work for him rather than the other way around – massive fees for very little work, no need to learn the lines prior to turning up and so on – and he links in nicely with what I have learned recently about the fees paid to some composers. Having had to quote a couple of times recently, I think that I offer pretty good value for money, although the other side of the coin is that I am hardly a well known name, and I have done nothing meriting real recognition, apart, possibly, from the Midnight Mass broadcast. I have heard recently, however, of two composers whose fees are, to my mind, astronomical, given the iffy quality of the product they put out. The phrase “nice work if you can get it” springs readily to mind.

It must give a rather warm feeling inside to be charging upwards of four figures for each minute of music you produce, which is an order of magnitude greater than the amount I charge at the moment, even for something as large-scale as a work for chorus and symphony orchestra, but, then again, these people are well-known figures, and one buys the publicity that comes with the name as well.

What has brought this all to mind is a conversation I had a few days ago with another composer who earned enough from a series of broadcasts to be able to escape to Italy for a few days. Financially, this has been the high point of his career, and was the result of one of his pieces being picked up and repeated by Spanish TV. It is sobering to think that what he earned would only pay for a 30” jingle from some of the biggest names.

Back to Brando, by the end of his career he would make outrageous financial demands and try to get by doing as little work as possible, getting maximum bang for his buck, but I imagine that those holding the purse strings would hope he would weave just a little of that old magic again, letting his brooding presence take over. I think that Brando viewed acting as something fake, and it is easy to say that he cheapened his trade by treating it as a cash cow, but at his best he is magnificent.  Some of these well-to-do composers – not all, mark you, but some – have no musical equivalent of Streetcar or Apocalypse or Godfather to show to justify those fees. Then again, in this modern age, never mind the quality, feel the width.